Any process that can generate an InstanceInstance - A single example of an annotation. For example type: box. Always relates to a Label and may contain Attributes. An image (or frame in a video) may have many Instances. can be integrated with Diffgram.

Process: How to get the data into Diffgram

1. Map your Data to Diffgram format.

Goal:
Map the data structure to the structure defined here.

Depending on your existing data structure this may be fairly straight forward, or may be a lot of work. Check out the example code for ideas on starting points.

The SDK will throw a variety of exceptions if the data is not in the right format, so don't worry about "breaking" it. You can keep the same string names as in your ProjectProject - Central organizing object. Contains permissions for users, files, and jobs., and same sequence numbers you are using externally.

An image may have more then one InstanceInstance - A single example of an annotation. For example type: box. Always relates to a Label and may contain Attributes. An image (or frame in a video) may have many Instances.. Therefore we relate an image to an instance_list.

A video has many frames, and each frame is like an image. Each frame can have many instances.

Here's an example of mocking a single InstanceInstance - A single example of an annotation. For example type: box. Always relates to a Label and may contain Attributes. An image (or frame in a video) may have many Instances. . See the full example here

Label Templates Must Be Defined First

The name provided is expected to an exact match for an existing label in the Project.

SequenceSequence - A sequence represents a real world object and, for each label, has a number that's unique for each video. A sequence contains Instances.
Please read Video Sequences for more information on this concept.

The general idea of sequence is the following:

To represents your id for that sequence, populate number. (Type int)

A video may have instances in every frame, or only a handful of frames.
We need to relate each frame that has instances to it's relevant instance_list.

We expect a dictionary with a key value map of keyframe_number : instance_list
int : list

2. Attach Data to File at Import

These examples assume a project object exists, but otherwise include sample data and mocking of data. (Sometimes based on past defined functions.) The "new" part is the single shown before each example.

Below mock_frame_packet_map() is an example of creating the frame packet map that builds on the mock_box_from_external_format() example.

This can be a starting point for converting your data to the above format.

3. Verifying the data in Diffgram

Go to project Import to see the results and some forms of errors.

This includes validation errors on Instances

Note in this example, we were using the random function to generate instances so there is no expected correlation between the space and the cat pictured. 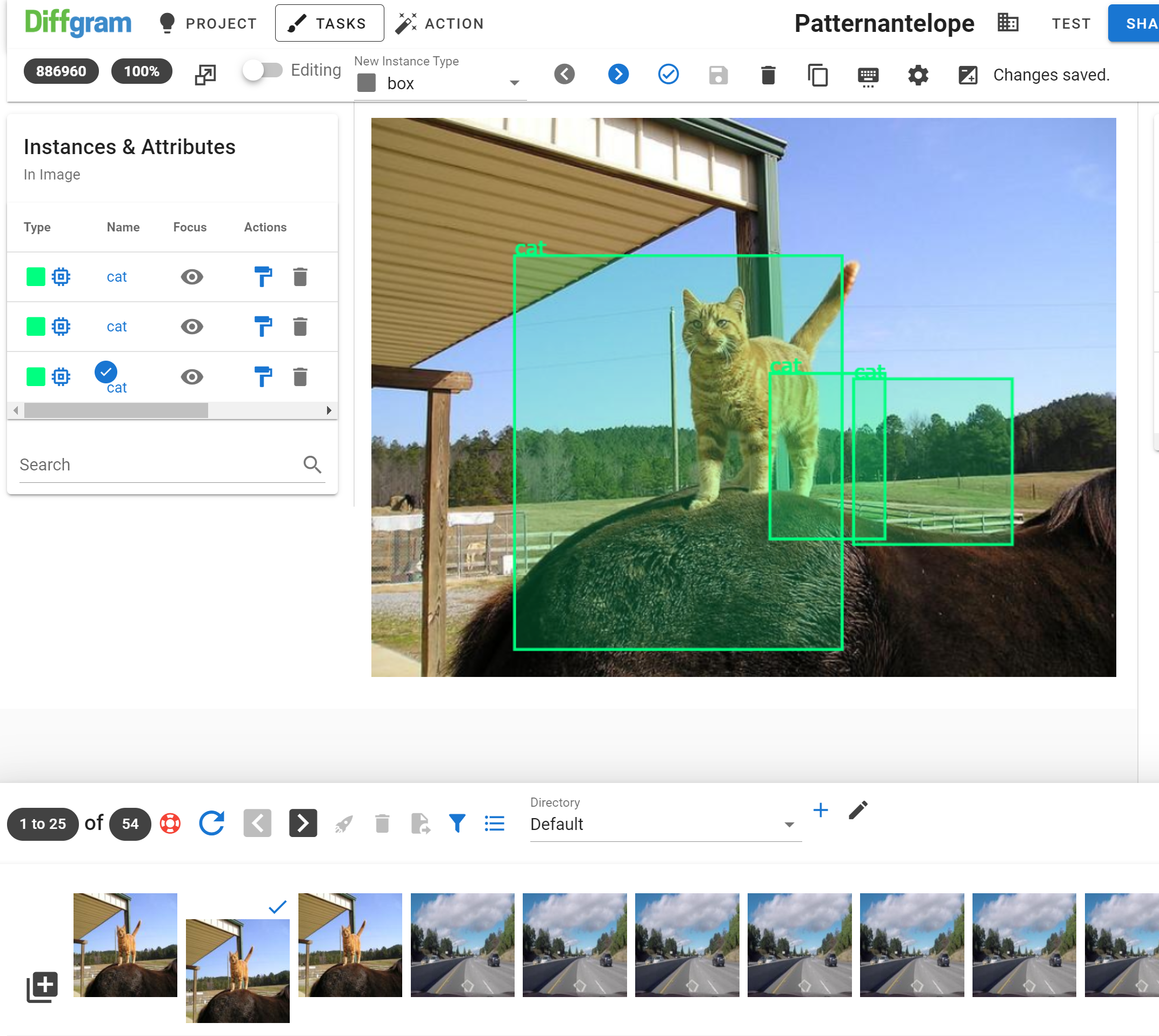 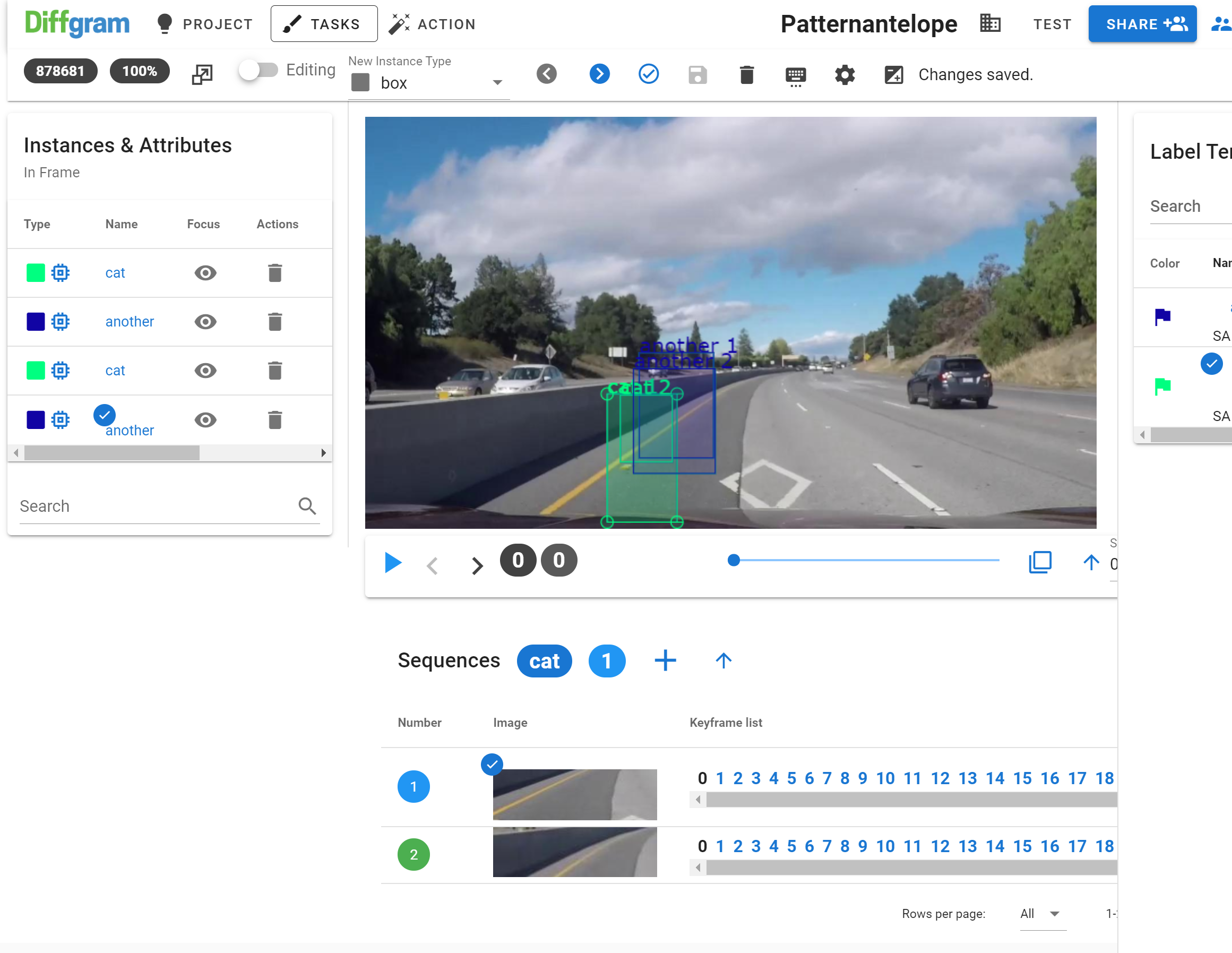 By default the machine_made flag is set and can be verified on the instance list.